Cianbro manages and self-performs construction services, including civil, structural and mechanical, electrical instrumentation, telecommunications, thermal insulation, fabrication and coating. The company also prefabricates and pre-assembles components for modules weighing up to 1,200 tons, which are shipped to projects around the country.

Over time, the company expanded into five markets: Building, Industrial & Manufacturing, Infrastructure, Power & Energy and Refining & Petrochemical. Cianbro also invented the Chinbro Beam Clamp and Pipe Grab and was instrumental in the industry’s effort to develop a full body harness for construction workers.

Richard Brescia, Vice President, Building, has been with Cianbro for 21 of his 34 years in the construction industry and has seen the business grow to become a national, billion-dollar-plus company. “This is our 71st year in business. Our success is rooted in the founders’ principles and in our people,” he says.

The company is 100% employee owned. “We all share the risks and profits of the business. That generates a sense of ownership among our people,” says Eric Regelin, who recently joined the Building team as Mid-Atlantic Regional Manager. “They understand that the daily decisions impact all of us and can add tremendous value. It’s a collaborative culture and environment.”

Cianbro is recognized as an Accredited Quality Contractor by the national office of Associated Builders and Contractors (ABC), a recognition of the company’s commitment to excellence in corporate responsibility, quality, safety, employee benefits and community relations.

Cianbro’s Building group is regionalized to serve customers along the East Coast, with offices in Pittsfield, Portland and Falmouth, Maine, in Bloomfield, Connecticut, and in Baltimore, Maryland. The Mid-Atlantic Building team, based in Baltimore, pursues complex projects in health care, senior living, life sciences, higher education, government, corporate, and entertainment and hospitality.

“We’re very excited about growth in the Building market. We are adding team members who are committed to building lasting relationships,” says Eric, an industry veteran. “We are construction managers with the ability to self-perform work as well as manage work for our clients. This gives us a unique perspective: Our managers are able to build and generate unique solutions to meet client needs,” he adds.

Eric served as National Chairman of ABC in 2012 and is now Chairman of the Board of the Chesapeake Shores Chapter of ABC; he met many of the company’s leaders through the association. “I was always impressed with the company’s culture and the camaraderie,” he says.

The Building team’s expansion includes Lamon Harris, Director of Preconstruction, and Joseph (Joe) Corson, Business Development Manager. Like Eric, they are experienced industry professionals and well networked in the Maryland area. “We are utilizing our network of general managers, developers, subcontractors and suppliers to drive growth,” says Joe, who worked for The Blue Book Building & Construction Network for 24 years.

He cites materials handling as an example. “When contractors bring Sheetrock into a job site, they often lean it against a wall. But if an electrician needs to access that wall, the Sheetrock has to be moved. Placing all materials on wheels keeps them out of the way of other trades. Lean solutions like this save time and money and improve efficiency,” he explains.

Cianbro takes the time to educate and train its subcontractors on what it means to follow Lean principles. “Seeing is believing,” Richard says. “A subcontractor may initially be skeptical about placing materials on wheels, but then they see it in action and understand the benefit.”

Leadership and employees are constantly challenged to think differently. “For example, how do we modularize a commercial building?” Richard asks. “Our people came up with amazing prefabrication solutions that allow work hours to be performed in a more controlled environment and minimize work in the field.”

“Cianbro has worked on some of the most unique projects that have ever been built,” says Richard. “We have capability to build just about anything we put our minds to.”

The United States Air Force Memorial in Arlington, Virginia, is a source of pride for Cianbro. “We constructed the concrete foundations and then assembled and welded together the memorial’s three stainless steel spires that soar 402 feet in the air. It was incredibly rewarding to all of our people to erect a national landmark that will be visited by citizens for years to come,” Richard says. The Capital Wheel at National Harbor, Maryland, was a unique project for the company. “It represents our can-do spirit,” Richard says. They erected the 180-foot Ferris wheel and its climate-controlled gondolas from a Cianbro-built concrete pier, using a crane placed on a barge in the Potomac River.

Cianbro was also construction manager for the 100,000-square-foot Hollywood Casino project in Perryville, Maryland, the state’s first gaming facility. “Gaming industry standards are exacting and include extremely high security requirements,” Joe explains. “We accounted for and met those requirements, resulting in an excellent outcome for our client.”

Cianbro has received numerous industry awards, including national ABC awards for Excellence in Construction and National ABC Contractor of the Year in 2006. Projects have been recognized with ABC Pyramid and Diamond Safety awards. The company has also received Construction Safety Excellence Awards and Build America Awards from the Associated General Contractors of America.

“Our safety is our success,” says Eric, who first met his Cianbro colleagues while serving on the ABC National Executive Committee. “Everyone wants to go home at the end of the day in working order. We take that a step further: We want people to be better than when they got here through training at the Cianbro Institute in Pittsfield and on-the-job training as well.”

Cianbro provides extensive in-house education, training and lifelong learning opportunities for all of its employees at the institute and at other Cianbro facilities. The company also operates a training facility for welding.

The company’s vision is to be the best employee-owned construction company in the world. “We live by our motto: ‘People. Pride. Progress,’ ” Richard says. “There’s a direct tie between working efficiently, safely and productively.”

“ ‘Make sure people are treated with respect; we’re all in this together.’ Those words come from the four original founders,” Richard says. “Cianbro’s principles have guided the company for the past 71 years. We work very hard to make sure they are carried forward. Everyone should feel good about where they work and the people they work with.”

Plumbing Service Is All Relative

A View from Above

“We may not be the largest fish in the pond, but people know when we’re swimming with them.”…

In 1991, husband-and-wife team Christine and John Morris opened the door to three decades of…

What started as a small side business as a way to help out family, close friends and neighbors…

Best Roll-Up Door, Inc.’s owner, Edward Choi, has been in the field for 40+ years manufacturing…

Magnolia Cabinetry is an 8(a) Women-Owned certified company with a base of operations in Sterling, Virginia. A factor... [Read More] 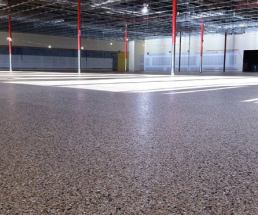