Father and son Carl Boone Jr. (left) and Justin Boone pose before a spectacular backdrop during a break at a recent World of Concrete show where they extended their knowledge of cutting-edge techniques for concrete work.

It’s not hard to describe beauty in Colorado’s front range of the Rocky Mountains. Finding inspiration—for anything—can come easily after that.

The family-owned company of C & L Development Corp. (C & L) strives to create its own kind of beauty at every opportunity coming to it from the region’s general contractors. The company is a structural concrete contractor for buildings that eventually find their places on the Colorado landscape.

“We make beautiful concrete,” C & L boasts on its website. The company takes pride in knowing that its work is a form of creativity and beauty as its 45th anniversary approaches in 2020.

C & L delivers strong, lasting, mission-fulfilling, chip-resistant concrete that complements the eventually completed buildings. The company also offers customized decorative concrete services. This approach to laying concrete incorporates techniques and materials applied during the pouring process or after the concrete is cured. The result is concrete that looks like brownstone, brick, fossils, wood or tile. It’s a popular choice of homeowners wanting unique textures and hues for walkways, patios, countertops and floors.

Take it from a creative concrete professional: “Any and all concrete has a creative aspect to it,” says Carl Boone Jr., President of C & L.

Boone leads the Sedalia-based company, benefiting from a strong family foundation. The company was founded by his father, Carl Boone Sr. His son, Justin, serves as Vice President. Justin’s 11-year-old son, Garrett, already has his own hardhat and nail bag, as well.

While Carl Sr. worked in concrete for 60 years, the current iteration of the family business started in 1975.

Carl Sr. founded the company on values still alive today: attention to detail, integrity and expertise. He passed on his values and skills to his son, who followed in his father’s footsteps. In high school, Carl Jr. found work adding patios to homes and widening driveways. In 1975, he launched his own company with a colleague named Larry Brock. Calling the new company Brock & Boone Concrete, the pair focused on residential concrete. They renamed the company C & L Development in the early 1980s.

In time, Carl Jr.’s son, Justin Carl Boone, showed interest in the family’s concrete business, too. Justin found himself working on concrete projects at about age 12 or 13. After high school, Justin ventured out on his own, entering the growing field of decorative concrete and eventually starting his own business—Boone’s Custom Concrete—in 2009 with that focus.

Even then, Justin’s real desire was to be in business with his dad. That all became reality when Carl Jr. contacted him in 2015. The conversation was brief. His dad had more work than he could handle, and he asked Justin to join him.

“Since I was a little boy, I wanted to be partners with my dad,” Justin says. “I told him I would call back with my answer in four hours, and four hours later a partnership was formed.”

Today, Carl and Justin guide 45 employees. The teams pour an average of between 200 and 300 yards of concrete daily. Family history could be repeating itself again. Justin’s son, Garrett, is ready and waiting in the wings to join the company, as well.

Most of C & L’s work involves structural concrete projects to ensure each building achieves its own sense of place in a beautiful way.

C & L specializes in post-tension concrete, having determined early on that the technique had great benefits for Colorado. “We’ve been in post-tension since its very beginning,” Justin says.

More traditional approaches are stem walls set on fasteners or caissons, or structural slabs with rebar. These types are more susceptible to problems over time. Post-tension is tensioned or stressed to 33,000 lbs. of pressure after the concrete has reached 80% of its designed strength. Slabs are poured in forms with steel anchors and plastic removable cups on either end to allow for stressing, with a seven-strand twisted cable, one-half inch in diameter, encapsulated in a grease-filled plastic sheathing running on a designed grid in both directions. These “tendons” of cable are often set in a pattern that is low at the midpoint of the slab and high at the ends to increase support in the center on elevated slabs. Once the slab cures and the cables have been stressed or stretched to a calculated elongation, the tailings are cut off and the void the cup made is filled with grout.

This post-stressed technique ensures structural strength even while permitting the type of ground movement that occurs in the clay and rock soil of Colorado. C & L uses hydraulic jacks to stretch each individual cable in the slabs.

Because of the potential of post-tension concrete, a three- to five-story building can sit atop a typical 4-inch slab, Justin says. This allows for greater design flexibility by reducing floor-to-floor height and saving on HVAC, electrical, plumbing and vertical transportation systems.

“The typical foundation done in post-tension takes 10 to 30% less concrete, doesn’t need as much rebar and materials, and is a lot more environmentally friendly,” Justin says.

Even though post-tension work is fairly specialized, C & L saw its advantages dating back to the technique’s advent in the mid-1970s. Since then, the company has performed more than 5,000 post-tension foundations.

Once general contractors hand the plans to C & L, Carl and Justin look them over and often make suggestions for improving the structure or saving money. The benefits of contracting with C & L include the advantages that both father and son bring to each project.

“I’m better at the structural end, and Justin is better at the artistic side,” Carl says. “Together we know what works, what doesn’t work, and how to make it work in our climate and surroundings.”

Once C & L’s work is complete, the workers pack up and drive off, and then all the other subcontractors make their contributions. The structures built upon C & L’s initial work emerge with a promise of serving those who pass through the doors.

Among the company’s many recent projects is The Breakers Resort, a six-village, 1,523-unit apartment complex situated on C & L’s foundation. The Denver development recently sold for a record-setting $350 million.

The company also takes pride in having a part in establishing Brent’s Place, which offers accommodations to families with children who are patients in Children’s Hospital Colorado in Aurora. C & L poured the foundation and parking areas at the site.

While concrete and golf courses may not go together, C & L had a hand in every piece of concrete on the property of the clubhouse at the Todd Creek Golf Club in Thornton, Colorado.

Perhaps the most visible of C & L’s recent work is the project involving The Mining Exchange, a historic structure in Colorado Springs, Colorado, dating back to 1902, and the mining fever that swept the region. The structure now serves as a Wyndham Grand Hotel and Spa. C & L installed two elevator shafts in the five-story structure, created an elevated patio for the restaurant and did extensive customized stamped concrete in the 3,600-square-foot courtyard that connects the restaurant with the rest of the hotel.

C & L Development has proven that it is a good match for building the booming state of Colorado. The Boone family is all about legacy and has shown through numerous projects, both large and small, that it can meet the structural concrete needs for the past, present and future of the Centennial State.

As for the future, C & L wants to venture into projects such as concrete pumping, cable repair, radon system installation and acoustic concrete.

Creating beautiful concrete continues to bring the family together. Before his death in 2009, when Carl Sr. decided that he wanted a basement under his house to create a “mancave,” the 80-year-old turned his dream into reality. He manned the jackhammer, skid-steer and lift, and then and only then called upon his son and grandson for adding the forms and pouring the concrete.

“He worked like a 30-year-old,” Justin recalls. “It’s where we get our work ethic. We’re a strong family, and we work together.”

Jireh Sales LLC, based in Appleton, Wisconsin, is an independent masonry and landscape materials…

The story of Sun Ray Heating, Inc., a five-generation success story with deep roots in the Chicagoland…

Summer is the busiest time of the year for a contractor. With longer days and sunny weather,…

William (Billy) Glover had one main goal in mind when he established All Star Glass out of the garage of his home bac... [Read More] 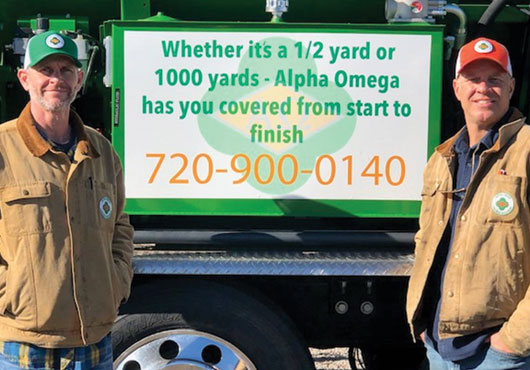 New Energy Builders of Colorado, LLC is much more than just a 22-year-old family-owned contracting business. Since 19... [Read More]

When It Comes to Air Barrier Testing, Be Proactive

There is no doubt that building performance testing can be confusing, even for construction experts. But, as with any... [Read More]