Being Present with the Past

Jay Carow’s 3,000-volume personal library in his restored 1795 home was completed in 2010. The project is one of the more than 100 libraries and historical buildings that have gained his focus and work over the years.

Jay Carow’s accomplishments read like a novel based on historic events. Milestones, like chapters in the architect’s life, have involved hundreds of others who accompanied him, worked through the details and agreed with him on the direction forward.

That’s how Carow prefers to work. Collaboratively. Even the design processes are shared experiences with the owner, occupant, board of directors and others.

The Southbury, Connecticut, architect, who founded Carow Architects + LLC in 1978, specializes in work on historic structures, researching their history, finding grants and landmark designations for them, and restoring them to their former glory. The projects he typically lands are for private or institutional entities with definite hierarchy of leadership to ensure stability, respect and longevity.

Today, his firm accomplishes the complete design of a project from beginning to end in association with highly qualified technical and administrative firms. They work with him by producing the construction documents, selecting the contractor, providing observation of the construction and in closing out the completed building.

He compares the streamlined architecture approach to the preference of famed architect Ludwig Mies van der Rohe, his mentor from his college days. The best designs come from those, like Mies van der Rohe, who are committed to studying many reasonable solutions so as to find the one that best balances cost, function and structure harmoniously. Mies van der Rohe’s buildings are noted for their unaged appearance and the ability to stand the test of time, having a place in history. He believes most other architects produce quirky, eye-catching solutions that age quickly and add chaos to our cities.

“For me, this is the only way of creating significant buildings,” Carow says.

“My desire is more than just creating a building, but shaping it into the desires of the people who will live and work within the environment I create,” Carow says. “It is important to me to find what is important to these people through talking to them at public presentations and informal gatherings.”

History in the Making

It’s no surprise that Carow is himself a lover of history. That interest grew out of his love of books. He remembers when he first recognized that he loved libraries—at age five. Nurturing both interests eventually led him to ardently pursue architectural projects with connections to history—especially libraries—and even teaching college-level architecture history courses.

As for libraries, he has provided services for more than 60 libraries over his career. Many had historical significance.

Early on in his career, he learned that architecture—like history—does not happen in isolation. Besides listening to the usual decision-makers, the people who will see and enter a building should also be considered. What will they see? How will they experience it? How will they remember it?

Carow knows his approach of inclusion of others strikes at one of the common obstacles to good working relationships between many architects and contractors.

“I don’t see contractors as someone to fight at all. I work with them and listen to what they say,” he says. Comprehensive collaboration with everyone involved is part of a number of guiding principles that Carow follows:

“What differentiates me from other architects, I think, is communication,” he says. “Clients, staff and occupants-to-be see me as someone who is going to be a team member with them. I show a special care and consideration in recognizing their dreams and creating their vision. We communicate thoroughly in going forward.”

Carow also aims for transparency since there should be no hidden agendas or unshared information when working to achieve goals.

“I always present concept design drawings and more developed plans and renderings, and I ask the client and the patrons their opinions. Out of those conversations come remarkable ideas that often even change my mind,” he says.

Carow’s own history shapes how he works today. After graduating from the Mies van der Rohe’s program in the College of Architecture at Illinois Institute of Technology in 1961, a young Carow was attracted to the Peace Corps, a newly formed program for youth launched by President John F. Kennedy. First, he wanted to obtain his Master of Architecture degree from Massachusetts Institute of Technology (MIT), but even during that period, he anticipated Peace Corps participation. He chose the topic of “Design of Housing for Developing Nations” as his master’s thesis. That research paved the way for a position to design housing for the federal government of Malaysia. He also taught architecture at the Technical College in Kuala Lumpur.

After his Peace Corps service, he returned home to design an award-winning office building at the prestigious 500-person firm of C.F. Murphy Associates in Chicago. But after he received an invitation to teach in Baghdad, the world and his love of history were calling him once again. He applied for and received a two-year appointment as a Fulbright Visiting Professor of Architecture at the University of Baghdad, Iraq.

“The intent of the program was not only to teach architecture, but also to present American values to the Iraqis informally and at embassy lectures,” he says. He chose to evacuate from Iraq when the Six-Day War of 1967 broke out.

Unrest in the US

A different war drew his attention once he returned to the U.S.

In 1967, Carow returned to the C.F. Murphy firm, eventually earning the title of Design Associate and the assignment of designing the renovation and expansion of Mayor Richard J. Daley’s offices. After work one day in 1968, Carow joined young protestors in a march to the Democratic National Convention Center Headquarters to demand an end to the Vietnam War. They were tear gassed and bludgeoned by Mayor Daley’s police. This treatment of protesters, ordered by the mayor, led Carow to leave the Murphy firm as soon as possible.

A year later, Carow founded with six other architects the activist firm of Environment Seven Ltd., a racially diverse effort that used profits to help fund pro bono work for worthy nonprofit endeavors serving people in need. In his time with Environment Seven, Carow designed a City Colleges of Chicago vocational education facility, a high school for 3,000 students, neighborhood libraries and a health center, as well as a low-rise, eight-family housing unit, which was also used as a template to build 2,500 units for neighborhood development corporations. Carow’s involvement with the firm ended when he received an invitation to return to Malaysia as the Founding Dean of the country’s first school of architecture at Universiti Sains Malaysia, Penang.

After his third time overseas, Carow returned to begin his present firm and continued investing his time, energy and professional abilities into projects he loved that mixed civic importance, functionality and history. Having joined the Evanston, Illinois, Public Library’s board of trustees, he was named head of the Building Committee and tasked with building a new library to replace the outdated one. He organized a design-build competition with nearly 100 firms competing for the project. The 112,000-square-foot facility opened in 1994.

“Libraries are my favorite buildings of all,” Carow says. His personal library in his home has more than 3,000 volumes.

While practicing in Illinois, Carow married artist and jewelry designer Alison Mager from Manhattan. They had met through an online dating website and talked on the phone nightly before tying the knot and her move to Chicago. By 2010, they had searched for, found and restored a 1795 house near New York in Southbury, Connecticut. This became their home and the new office of Carow Architects +, a one-architect firm serving both New England and Chicago-area clients. However, his work was greatly interrupted as he started caring for his wife, who was diagnosed with terminal cancer soon after they moved into their home.

This, too, is part of his history—a part that both humbles him and makes him stronger and more determined today to achieve success for his clients.

Despite closing the Chicago office in 2010, he continues to provide quality architectural service in his Connecticut office. He has served on the Historic Buildings Commission of the town of Southbury, Connecticut, writing and successfully winning matching grants to restore the town’s three historic buildings, and the Naugatuck Valley Council of Governments as the Southbury representative in coordinating the planning of the 14 town members.

“What makes my company different is all that I’ve gained from my lifetime of serving and supporting people that I bring to those with whom I work,” he says.

The next chapter is now being written. 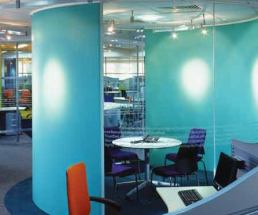 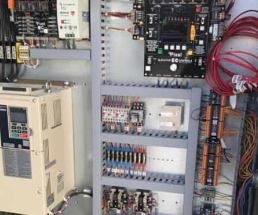