Despite the name, the Utility Eight is not a team of superheroes, although the eight individuals that make up the leadership team of Cal Empire Engineering Inc. (Cal Empire) are, for many, definitely crusaders for underground solutions.

The company was founded in 2016 by Greg Miller, who started the business with seven talented co-workers and friends who possess specialized skills in underground utility installations—and a particular passion for the complex.

Over the last five years, Cal Empire has built a strong reputation throughout California for its turnkey approach to completing utility projects. The company is particularly adept at horizontal directional drilling in difficult underground conditions, minimizing the impact on the surrounding hardscapes/permanent structures and decreasing interference with the pedestrian public and traffic. From positioning and potholing to drilling and demo, the team members have combined their unique skills to make Cal Empire a powerhouse underground utility service provider.

Greg says, “We believed we could do things a little different than our previous employers, both for our employees and our customers.”

They all had a similar vision for an underground utility construction company—a place where all opinions are heard and valued. Greg says, “One of the challenges we’ve noticed working for other companies is that employees—from superintendents and project managers to laborers—often felt underappreciated. They had no voice about processes and weren’t provided a forum to share ideas and opportunities for process improvements.”

“In many construction companies, there’s an office-versus-field vibe that can limit teamwork and process improvement,” Kevin adds. “We are determined to maintain a cohesive teamwork culture where everyone works together.”

All eight met at the newly established yard, warehouse and office building in Covina, California, to turn that vision into reality. While Greg and Kevin handle bids and schedules, Roy guides all estimating and Aaron, Eddie, Billy, Armando and Miguel manage the field work.

Building on years of experience and an established reputation for underground work in Southern California, they attracted attention very quickly. In fact, within one week, they won two jobs installing solar utility systems for apartment complexes. In that first week, they rented two horizontal drilling machines and two underground trucks from RDO Equipment Co., a Vermeer Corporation dealer.

“For the first two projects, we rented the machines with an option to purchase, which worked out great because we had several more jobs that followed immediately after,” Greg says.

Within 30 days, the company had a growing backlog of telecommunications and utility work in the public and private sectors, including considerable work for utility and renewable companies for big names like Southern California Edison.

Cal Empire added decorative and structural concrete work to its repertoire within six months of its inception. Today, the company’s formers and finishers pour concrete equipment pads, sidewalks, curbs and gutters and even install bollards. They also install precast structures such as pump stations, manholes, vaults and pull boxes.

Since its founding five years ago, Cal Empire has completed over 1,000 horizontal directional drilling crossings and over $65 million in trenchless utility work. The success of the company to date is in part due to its turnkey underground services combined with directional drilling expertise.

“One of our differentiators is that we do it all,” Greg confirms.

Kevin says, “The reason we can do this is because of the comprehensive skills of our leadership team. Everyone has a specialty that covers three primary areas: directional boring, electrical connections and then structural installations. All of these capabilities come together to provide owners and contractors with comprehensive origination to point-of-connection services.”

A recent large-scale photovoltaic project for a biotech company demonstrates the value of these services. The work scope included horizontal directional drilling beneath a large parking lot for new solar canopies as well as trenching and horizontal directional drilling throughout the site for a ground-mounted solar array. Then, Cal Empire crews constructed multiple access roads throughout the array and built concrete equipment pads, placed protective bollards and restored asphalt and concrete as needed.

By the end of its first year of operation, Cal Empire had completed underground utility jobs in support of solar installations at fire stations, baseball stadiums and city halls in Los Angeles County and the Inland Empire.

“We do over 500 jobs a year throughout California that range from $1,000 to $2 million—no job is too big or too small.” Greg Miller, President/CEO,  Cal Empire Engineering Inc.

Today, the company has grown from the original eight to 55 employees. It’s also a signatory for the Laborers’ International Union of North America Local 1184. In the way of equipment, the once-empty Covina yard is near full, with 30-40 underground trucks and six bore machines as well as backhoes, mini excavators and dump trucks.

Specifically, Cal Empire has six two-member directional-bore crews and up to 15 two- or three-person underground crews—all overseen by one of the expert underground specialists—Aaron, Eddie or Billy. Combined, these men have 100+ years of directional drilling experience.

“We do over 500 jobs a year throughout California that range from $1,000 to $2 million—no job is too big or too small,” Greg adds. “And we don’t mix skills and trades—each of our crews is expert at what they do. However, they do support each other throughout a project.”

Kevin says, “This is a niche and competitive market that requires specialized skills, especially in the Southern California soils. The underground conditions are not always optimal for directional drilling due to the rocky soils. But that’s our specialty. Our guys are very experienced at working in any conditions.”

Greg believes that expertise has helped save many customers considerable money.

“Our team has seen nearly every soil condition and that experience is critical to helping clients avoid costly open-trench digging,” Kevin says. “We’ve built a reputation for working through very difficult conditions successfully and in a timely manner.”

While the focus thus far has been Southern California, the team has traveled as far as Wyoming to support its customers.

The company has also built electric vehicle charging stations throughout central and Southern California. Cal Empire crews handle all the underground infrastructure work and bring conduits and stub-ups to the charging posts, and then once prefab stations are installed, backfill soil to 90 percent plus.

In 2020, the original Utility Eight added one more person to the leadership team—Adrian Barba, Wet Division Superintendent and Estimator—to help expand the company’s services to wet underground utility work, such as storm drains and water lines.

One of those projects involved the construction of a transfer station for a large disposal management company. The scope of the project included the construction of a 60-inch by 22-foot lift station, a force main sewer system, a sanitary sewer system (including new cast-in-place manholes), an industrial waste system with clarifiers and a domestic water system (including backflow preventers and pressure-reducing valves), along with the installation of a natural gas line to the facility. The entire job was completed in 14 months.

Over the last year, the company has done over $1 million in wet utility work.

What’s next for these underground crusaders? Greg concludes, “In the future, we’re planning to expand our services to more gas utility work in Southern California, as we are regularly asked about performing that kind of work. We’re in a great position right now to develop that side of the busines, and are currently recruiting and training personnel and procuring equipment so that we can provide the best services for these customers. That said, no matter the service, our focus is to maintain purpose and perspective in terms of growth so that we maintain quality work we can perform.” 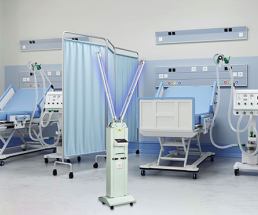