Shining a Light on Savings

San Diego-based Bright Ideas Lighting Solutions is making the world a brighter place at a much lower cost.

“We specialize in alternative lighting packages,” says Morgan Smith, Founder and CEO, who also goes by the title of Lead Illuminator. “We are able to come up with full ‘soup-to-nuts’ lighting packages that use either our own products or we source ones that are similar to it, but at a lower cost.” And the savings can be huge.

Bright Ideas Lighting Solutions specializes in lighting applications for contractors, project managers and businesses, and because the company has a fully integrated supply chain, “with normal lighting packages, we come in about 50% cheaper,” says Alex Coverdale, the company’s Chief Growth Officer. “So, if the typical package is $100,000, we come in between $50,000-$60,000, and if the package is $30,000 we can come in at about $15,000.”

Smith and former business partner Alex Kamergorodsky started Bright Ideas Lighting Solutions in 2012 with a focus on helping businesses change out older, inefficient lighting. “We were doing retrofits, taking existing facilities and changing out the lights to LEDs—light-emitting diodes. You install these lights based on an energy savings and you make your money back in a year or two year, a fabulous return on investment for customers,” Smith says.

After initially using Amazon.com to find lights, Bright Ideas Lighting Solutions began sourcing lights and components from factories in China at a lower cost for its customers, Smith says. Over time, the company got involved with more factories and, as Smith says, “we now have a full supply chain on all the components, all the controls, batteries. You name it. We have full control over all of that.”

In 2017, Smith and Kamergorodsky started Bright Ideas Supply Chain Solutions to handle freight-forwarding and quality control in China where they opened two other offices. “In essence, we control the supply chain from the components all the way through the assembly to the quality control to the shipping to the delivery to the job site for a project,” Smith says. “We went from buying a couple of bulbs on Amazon to having three full offices in China and working with hundreds of factories.”

In San Diego, a local utility was giving cash rebates for installing more efficient LED lights. Because Bright Ideas Lighting Solutions had direct access to the supply factories, it could develop and invent its own products designed specifically for certain rebate item codes. Smith says, “We were the most successful retrofit company at the time because we could get a product at a cost low enough that the rebate would cover the product plus the installation. So the break-even would be one month, two months.”

From Retrofitting to New Construction

When the rebate program went away, the company agilely pivoted to focus on the installation of lights in new construction. Smith says the company had learned during the process of designing products that the installation cost was a major variable that had a huge impact on the break-even time. “So, if we could prefabricate the lights in advance or add some accessories to it that would reduce the installation time, that number would go down. We realized that, by us anticipating how things were being installed, the labor costs would reduce dramatically,” he says.

One significant advantage that Bright Ideas Lighting Solutions brings through its relationship with its Chinese suppliers is the ability to replicate expensive lighting at a lower cost.

And Coverdale points out that Bright Ideas Lighting Solutions products have a five-year warranty, and less than a 2% return rate. “At the end of the day our product is exactly the same as the stuff you specify. The only difference is our cost is about half as much,” he says.

Architects often specify really beautiful, intricate lighting packages, but they can be way over the budget. “Bright Ideas Lighting Solutions is able to allow them to meet their design goals,” Smith says, “but still be cost-effective, still have it be affordable.”

“They [architects] are already going to go with LED lights, and we want them to go with ours instead of the ones that were specified,” Smith says. “Then we combine that with doing the fabrication and preparing lights ahead of time from the factory. They are ready to go by the time they get to the job site, and that dramatically reduces the amount of labor time for the electrical contractor. Therefore, they can have a more competitive bid, make more money, and use less people.”

Smith points to the Davio’s Northern Italian Steakhouse project in Irvine, California, as an example. The architects had specified 48-inch-diameter hanging lights that were around $4,000 each. “This was really a sticking point and the architects were not wavering on it,” Smith says, but the problem was the project was way over budget. Working with artists in China, Bright Ideas Lighting Solutions was able to do nearly identical lights for about $800 each, a nearly 85% savings. The cost of the original lighting package for the whole project was $98,559; Bright Ideas Lighting Solutions’ alternative package was $40,475. “Because of that savings our customer was able to keep the project under budget and pick up another couple of thousand dollars in profit on it, and the customer was over the moon happy,” Smith says.

“We do that kind of stuff relatively frequently where we are able cover 90% of the lights with our own line of products, and some of these are very overpriced fixtures, essentially pieces of art. We are able to replicate them with our own team,” he says.

A Change of Alexes

In 2018, Smith, who now has sole ownership of Bright Ideas Lighting Solutions, bought out his partner Kamergorodsky and hired Coverdale.

Coverdale has focused on decentralizing the company, expanding overseas operations, and as his title implies, increasing growth. “We have a team in the Philippines of around 12 people that we expect to grow to 20 by the end of the year, and then we have a team of five in San Diego, a supply-chain director that is in Philadelphia with his guys, and then we have four or five people dedicated to us in China. So it is a pretty big team, but very decentralized,” Smith says.

“Our team in the Philippines helps us run general operations. From accounting to project engineering, they help us create and send out our quotes and ensure on-time delivery,” Coverdale says.

And growth has accelerated since Coverdale’s arrival last summer. “In the first month and a half of this year we are close to achieving the revenue that we did for all of 2019,” Smith says. From 2012 to 2016 the company’s revenue grew 300-400% year over year, he says, but then from 2016-2017 it took a hit with the retrofit rebate changes. Things kind of steadied over 2018 and into 2019, he says, and the company is now once again on a high-growth track.

“We are averaging about $2 million per week in proposals,” Coverdale says. “We are not winning all them, but the market has grown substantially with our team in the Philippines as well as our team based here. When I joined, we were probably doing about $100,000 a week.”

Recently, the company has started specializing in the new construction of self-storage facilities and has set a goal of being the No. 1 lighting provider for those projects by the end of 2020. Bright Ideas Lighting Solutions has invented two products designed specifically for self-storage, Smith says, “and with those we have our own line of motion sensors and battery-pack backups that are all built into the fixtures ahead of time and are ready to go. So all they have to do is kind of plug it in and hang up the lights.”

“And,” he added, “our costs are about 60% less than the typical market costs because of the vertical integration.”

C. Grant Jackson is an adjunct professor and communications professional who retired from newspaper journalism after a 40-year career. He enjoys writing for The Who’s Who family of magazines and other leading publications. 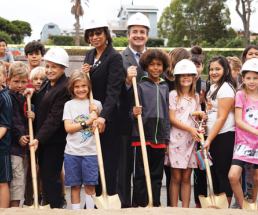