When you look at a building, what do you see? Do you see the curvature of the roof, the columns, the walkway? Or do you look at the landscaping? For a select few, their gaze goes to the windows. And not just for the form, but for the function. Are they strong enough to keep out intruders? Will they shatter or will they stay intact if the unthinkable happens and the building is impacted by destructive forces, such as terrorist attacks or extreme weather events?

The man behind the film is Martin Faith, President of Scottish Group Companies, established in 1991. Since the time that this down-to-earth business owner with a Scottish burr came to the U.S. and started his business, he has been building a veritable empire dedicated to windows and window films.

Faith founded Scottish Window Tinting, the window film division of Scottish Group Companies, in 2006. The idea came from a personal experience when he had installed energy-saving window film (commonly referred to as window tinting) at his home. He was shocked by how much the film saved in heating and cooling costs. “What was impressive is that my furniture, rugs and upholstery didn’t fade even in the harsh Colorado sun,” Faith says. “I was really impressed and wanted to supplement our business with these offerings. We quickly moved into offering commercial films for security and decoration as well as climate control.”

Scottish Window Tinting has been growing exponentially, with $8.5 million in sales predicted for 2021. Nick Woodward, the Marketing Manager at Scottish Group Companies, puts it plainly: “Window film can be confusing to the end user. There are literally hundreds of films to choose from and they all perform different functions with varying degrees of results. And the pricing can be confusing as clients try to understand why one film may cost less than half the price of another seemingly similar offering. We find that by acting as consultants, as well as installers, we can ensure a higher-quality customer experience.”

The company has taken various steps to make sure the customer experience exceeds expectations. “We take care of the energy audit to ensure the film will provide a high return on investment to the client,” Faith says. “Our office and sales staff have high-quality interactions with our clients on a daily basis.”

The company understands that clients may have problems outside of the realm of design or reducing UV radiation. With the unfortunate rise in terror threats, the fastest-growing segment of Scottish Window Tinting’s business is security films.

“Threats can be drastically reduced by the addition of certain security films onto existing glass. We have recently installed bomb blast films at sports arenas. Hundreds of schools have bullet-resistant film installed in front entryways and vestibules. Corporate conference rooms are now considered in some cases to be areas where protection is needed. The most surprising of all is that churches and other places of worship are now hiring security staff and installing bullet-resistant film,” says Faith.

But with a wide array of choices, how do building owners decide if they need security film and which type to install?

Faith adds, “It all starts with a threat assessment. If the owners of a building feel that they could be under any kind of threat, then they should talk to an expert about their concerns and perhaps commission a threat assessment report.”

Because threats may take many different forms, some building owners or tenants may only be concerned with break-ins, whereas owners of public buildings or arenas need to be concerned for the safety of their visitors. For each security threat, there is a film that may help reduce that type of threat.

“The good news is that if you can predict the most likely places for an attack to occur and the type of threat you may be facing, then we can build a computer model to show the impact on the glass and the people in the vicinity, before and after the addition of security film,” says Faith. “Our clients have been very appreciative of the fact that, in many cases, we offer this service free of charge. We care about safety.”

The beauty of window films is that they can serve both practical and aesthetic purposes. And architects and general contractors should be aware of the changing possibilities for decorative films, due mainly to advances in printing technology for window films.

As Woodward explains, “We can basically print any image in any color with any level of transparency on a piece of window film. For example, 3M™ DICHROIC Glass Finishes have a color-changing capability that changes appearance in different tones and spectrums as the viewer moves. Offices and public spaces can be customized and printed with color logos, which are then easily removable if the tenant moves out.”

In addition, owners and operators can change the outside appearance of existing structures by installing exterior window films.

“This is a relatively new concept,” Faith explains, “where buildings with outdated glass and spandrel can cover over the existing glass with a color-changing film. This can completely update the look and feel of the building.”

Scottish Window Tinting can then complete the look by painting the window frames, power-washing the surfaces, or even painting outdated concrete panels a more contemporary color. “Best of all is that the films used are highly energy efficient, often paying for themselves within just a few years!” says Faith.

The Future is Bright

“We assist our clients in choosing the best window film products for their needs, whether they own an NBA arena, an airport, a hotel, a school, government facility or a store at the local mall,” Faith says. “Whether you are looking for UV protection, energy savings, glare reduction, climate control or even security measures or anti-graffiti options, we have a window film that will be the perfect choice.”

“I feel very positive of the future of the business,” Faith says. “We have a great team and great clients and will continue to grow for many years to come.”

Allyson Markey, formerly the PR manager for notable brands like Kleinfelder and IBM, is a writer and communications professional living in San Diego, California. She considers interviewing the people chosen for Who’s Who features “truly a joy.” 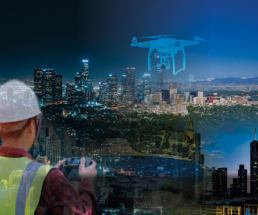 Brothers Ryan and Grant Hall aren’t computer geeks…at least not in the traditional sense. They did, however, recogniz... [Read More]

In 1991, husband-and-wife team Christine and John Morris opened the door to three decades of success when they incorp... [Read More]