“Whether we’re building a hotel from the ground up or renovating an operating room in an active medical setting, we try to bring as much information as possible into our process,” Christopher says. “With everyone at the table, we can draw on the know-how of diverse specialists, hash out the nuances and refine the project to the best approaches, materials and outcomes, whether it’s identifying better MEP (mechanical, electrical and plumbing) approaches or suggesting flooring laminates that may be available sooner.”

Adds his father, Phoenix Associates President Anthony Patrick, “Ideally, that collaborative philosophy extends to the owner behind the project. Working with clients from the beginning ensures consistency and that their goals and expectations are met.”

Founded by Anthony in 1992, Fairfield, New Jersey-based Phoenix Associates prides itself in being a family-run general contracting company whose concept of working family extends well beyond its own managers, supervisors and estimators.

“When we say ‘family,’ that extends to our carpentry, MEP, masonry and other subcontractors,” Christopher says. “We’ve been using the same core group of tradesmen for years. We know each other, and they contribute significantly to the planning as well as to the actual construction.”

The philosophy has proven its benefits. In its 29 years, Phoenix Associates has assembled an imposing list of projects as diverse as ICU, cardiology suite and urgent care center projects, office buildings and warehouses, senior care facilities, automobile dealerships and hundreds of banks.

Among Phoenix Associates’ recent larger projects: a 285,000-square-foot facility for the industrial real estate company Prologis, Inc. for its tenant Amazon, and a regional terminal for the armored car transportation firm Loomis Armored US, LLC. A signature design-build project that was meaningful for Phoenix Associates if not so large: a new music and art center for Yavneh Academy in Paramus, dedicated to a family who had lost a child who attended the school. “It meant a lot to us to be given the privilege of taking part in such a loving and emotional endeavor,” Christopher says.

A notable sign of its success in the field: a 90 percent repeat customer rate.

Phoenix Associates takes on both general contractor and construction manager roles as each job dictates and can perform both union and non-union work. But Anthony and Christopher feel the company’s best talents are used—and a client’s best interests served—with a design-build approach.

“We’ve always considered ourselves more than a general contractor,” Anthony says. “That partly reflects my architectural training. ‘Design-build’ lets us create a synergy for all the aspects of architectural design, planning, engineering and construction from a project’s beginning,” he says.

“By leading the process from its inception, with so many viewpoints involved, we can hone down the details while making sure that the architect’s vision, realities of construction and owner’s concerns are dealt with,” Anthony adds.

Phoenix Associates doesn’t provide architectural services in-house. Instead, as with its subcontractors, it relies on a core group of trusted partners whose various specializations meet the needs of a project, whether retail, corporate or medical.

It’s easy to focus the most attention on the construction phase itself, when bulldozers and cranes are in motion. But, Christopher says, the preconstruction phase is much more critical to any project, when the designs are analyzed and plans are being made for the work of actually building something.

“Since we’re involved with the design in unison with the architects, we can come up with superior, cost-saving designs,” he says. “Often, we can start construction while the design is still being completed, so that materials can be ordered and secured much earlier than with a standard construction contract,” Christopher says. “Our ultimate goal: to come up with the best product for the customer, ahead of schedule and under budget.”

When Anthony founded Phoenix Associates Construction Corporation, he did so with a solid background of architectural training and experience in building construction and management. He received an architecture degree from the New York Institute of Technology but entered the corporate world rather than the architectural profession.

Based in New York City, he oversaw worldwide facilities for companies like Merrill Lynch & Co., City Federal Savings and Loan and Automatic Data Processing (now ADP). For a time, he worked for a design firm but left it to become a member at a general construction company in the city. “When I left the design firm, clients from the old company kept asking me to take on projects,” he says. “Finally, I decided I should start a design-engineering firm, doing projects in collaboration with my current organization.” The Phoenix name? “It has no symbolism,” he says.

“I needed a name, and I looked out the window and a truck with the word Phoenix went by. On the spot, I adopted it for my new endeavor. Later, when I left the construction group to start my own full-fledged construction company, I carried the name over to become Phoenix Associates Construction Corporation.”

Although the Patricks lived in New Jersey, in the beginning the company’s mainstay was renovation work in New York City. Eventually, gaining projects in the Garden State, Anthony moved Phoenix Associates’ headquarters to Morristown, then to its current location in Fairfield.

Christopher joined the company in 1998 after graduating from Roger Williams University. He started not as an executive but as a laborer and clerk, making his way up the organization. “He took on every role within our operation, until he mastered all the disciplines of running a company,” Anthony says. “Christopher assumed the role of Vice President in 2008, and he’s poised to take on the reins as CEO, which should be soon. That will be a very proud day for me.”

“We springboarded from there into corporate offices—and banks,” Anthony says. ”We did a hundred or more banks a year, banks like JPMorgan Chase & Co. and PNC Financial Services Group.” It’s a reliable business, since banks tend to reinvent themselves every few years, redoing interiors and other aspects.

To banks, Phoenix Associates has added a strong client base in medical facilities, working for institutions like Jersey City Medical Center, Hackensack University Medical Center, Saint Joseph’s University Medical Center and nearly a dozen others. Many have involved renovations to a broad array of medical facilities, from intensive care units, radiology departments and nuclear rooms, to upgrades for entire floors of hospital patient rooms. Ground-up projects are easier to build, Christopher says, since builders can make all the noise and debris they need to without disruption to occupants. Renovations to existing spaces are much more difficult since they involve working in a crowded area with people pursuing their regular activities. They see performing their work while not disrupting their client’s business as crucial.

“In health care settings, especially, you can’t create a lot of noise and airborne dust,” Christopher says. “In an office setting you can work during off-hours but hospitals and health care facilities don’t shut down. We’re often working in close proximity to areas where patients are being cared for, sometimes with complex surgery being performed on the other side of the wall."

“Infection control is a monumental concern, so we take extreme precautions, including dressing in scrubs, paying attention to sterilization, constructing temporary enclosures around the work area and employing negative air pressure machines to maintain and keep dust from escaping. Working in medical settings requires detailed planning and absolute finesse by our team. And, we excel at this.”

Even as medical renovations are challenging to undertake, they do offer lessons for nonmedical projects, like offices and industrial projects. “Renovations in offices are not so demanding that we need to wear scrubs but we still use our medical-environment skills to do the work with minimal intrusion,” Christopher says. “When necessary, we work off-hours and take measures like barriers to shield an office’s workforce from disruption.”

To Anthony, being good at things is important, but it can’t be the only thing. “You need to love what you do,” he says, “and I definitely love this business. I founded this company because I thought that I could make a difference and harness my passion and knowledge for providing better services for our clients."

“We’re not a ‘one and done’ company. We’re here for the long haul, and we hope our clients recognize our commitment. I think 29 years speaks for itself.” 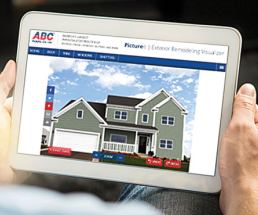 How to Estimate a Roofing Job and Create Bids Remotely

The home renovation industry is booming, as people are spending more time at home due to the pandemic. COVID-19 also ... [Read More] 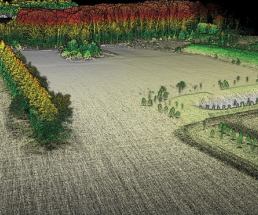