Mike Matalone, Owner of XP3 Talent, headquartered in Bumpass, Virginia, spent years advising CEOs and other executives about finding, training and retaining the right talent before he developed the XP3 Talent System. Today, his company’s predominant focus is on helping commercial, residential and industrial construction companies hire, train and retain the right people.

His journey to solve the people problem for companies began when he was a CEO coach with Vistage International, one of the largest and oldest CEO membership organizations in the world. From 2002 to 2007, he ran and facilitated three 15-member groups for Vistage in the Washington, D.C., and Richmond, Virginia, areas.

“One of the dynamics of Vistage was that the members would bring their issues and challenges to the group,” Mike says. “My job as Chair was to facilitate the discussions and allow the members to help one another out.”

As a Vistage Chair, Mike detected a pattern. While companies spend years refining products and services to provide unique solutions in their industries, many don’t focus on what’s most important, ensuring that they have the right people who can execute on their business strategy.

“I noticed a pattern after running three all-day meetings every month with about 45 different CEOs and executives over a five-year period,” he says. “It didn’t matter if it was a financial problem, a sales or marketing problem or an operational problem—in probably 90% of the situations the members brought to the group, it turned out it was a people problem.”

Mike’s history as a self-labeled “serial entrepreneur” allowed him to pursue and realize his independence early. He left home at 16, preferring to live by his own rules and means.

“The makeup of most entrepreneurs is we all have that need for independence, autonomy and control,” he says. “We want to be in control of our own lives foremost and our own actions rather than have other people control us. My passion for being a Vistage Chair was helping other executives grow their companies and helping other people learn and find their independence.”

Mike’s business experience gave him the insight to help CEOs understand and overcome challenges within their organization. He had seen companies research and heavily invest time, finances, passion and creativity to launch and position a product or service, only to bring poor leadership within the organization.

“One of the things that I heard a lot was, ‘Just hire good people and everything else will work out,’ ” he says. “Then they hire people, and they’re in shock three to six months later because it isn’t working out. Even if they come from a competitor’s company doing the same exact thing in the same role, they still have to learn about your company, products, services, systems and processes and your way of doing business.”

Mike describes his process as a three-legged stool: 1. Hire Top Talent: right people, right roles; 2. Performance Acceleration: train them to be productive members of your team in the first 30 days; and 3. Performance Coaching: ensure they are focused, motivated employees who are company advocates (retention).

“What’s the point of putting all that time and effort and money up front, hiring and training the right people, only to have them end up leaving because of the manager they’re working for? People don’t quit jobs, they quit managers.

“Almost every successful business is built around systems and controls of how to operate the business,” he notes. “You have a financial system and a sales and marketing system. In the construction world, project management is a very systemized methodology that you approach managing projects effectively. So, I put those two elements together and asked, ‘Why wasn’t there a system, process or methodology for your people?’ ”

In 2007, Mike left Vistage to research and develop a system to help companies learn how to handle people issues—how to hire, train and retain the right people. He discovered that there were some pieces of the system out there, but he didn’t find anything comprehensive. Mike began filling in the gaps, leveraging more than 25 years of data and research done by the Gallup organization and over 80 years of research in behavioral science. He spent eight years developing and refining what would become the XP3 Talent System.

“What is unique about the XP3 Talent System is that it is completely grounded in science and analytics,” Mike says. “But it is also easy to learn and implement as it follows the ‘rule of three.’ We designed it that way because ‘3’ is the ‘magic’ number that most humans can easily learn and retain.”

Mike researched and discovered what makes someone a productive and engaged employee.

“Research shows that the average employee only puts in 40 to 50% effort, meaning they have another 40 to 60% discretionary effort,” he says. “They get to choose whether they want to go above and beyond. You can double your company’s productivity with the people that you have without hiring another person, if you learn how to tap into this discretionary effort. An engaged employee believes passionately about what the organization is doing and is connected to the company mission and vision for growth. They’re company advocates and go above and beyond.”

Mike’s research led him to “three strengths” that he says are essential for consistently productive and engaged employees. “The first strength is a focus on results and in a specific time period. The second strength is possessing the knowledge and skills that it takes to execute on those results within that specific timeframe. And the third strength is the glue that holds it all together (and, this is where the science comes in): the alignment of the required behavior of the job with the individual personality traits of the person who is doing the job. Personality traits are defined as how we are all wired to think and feel, and that predicts how we will behave in most situations.”

The XP3 Talent System cuts through the subjective approach to hiring that most people use that is based on intuition or a gut feeling, he says. Using valid data helps to identify if a candidate possesses the three strengths required to be consistently successful in the role as well as a good fit for the company culture.

“Interviewing and dating are very similar,” he says. “We are on our very best behavior trying to be, say and do everything that we think the person on the other side of the table wants us to be, say and do. To that point, we’re actually acting and not even really being ourselves. And then we hire the person and we’re surprised two or three months later because they’re not the person we hired.”

Case Study from the Inside Out

After eight years of research and testing, Mike wanted to implement the XP3 Talent System from inside an organization versus as a consultant from the outside. In June 2016, he met with the owners of Window Nation, one of the largest residential window replacement companies in the U.S. and which had severe retention problems. In the first six months of that year, they had hired about 230 people and lost about 160 of them, which equates to about 70% loss.

“The company was losing millions of dollars because of the high turnover,” Mike says. “The owners agreed to implement the XP3 Talent System. The first task was to build an executive leadership team, which consisted of a VP of sales, a VP of marketing, a VP of operations and a CFO. We put some director-level people in and made sure the sales managers were the right people. Then we trained them all on the XP3 Talent System. Then in December, they utilized the XP3 Talent System to hire a sales team for their February boot camp training.

“Window Nation trains their salespeople on a 10-step, one-call close process, which clearly works well based on their current revenue,” Mike continues. “They also had their marketing down to a science with systems and processes that generated leads for the reps. All their salespeople had to do was execute this 10-step process and close the deal.”

Mike taught the Window Nation team how to enhance the training experience for all new employees. “I taught them how to create an amazing experience in a learning environment where people absorbed the information faster and better and became company advocates and engaged employees,” he says.

Before the XP3 Talent System was implemented, the company averaged a training exam score of 81% and a 50% graduation rate. In the first group trained using the XP3 Talent System at Window Nation, the average exam score was 93% and 17 of the 18 participants graduated. Mike says that within their first 30 days in the field, those 17 employees sold over $1.5 million in product. After a year, 16 of them were still on the job.

“We then repeated that model every two months for the rest of the year with very similar results,” Mike says.

At the end of the year, Mike left Window Nation to focus on building his company, XP3 Talent. In 2017, he began working with the Certified Contractors Network, giving keynote speeches at its three-day events and training contractors on the XP3 System.

Mike has since developed the XP3 Leadership Academy, a yearlong program for companies that want to achieve similar results to Window Nation, which has helped contractors all over the U.S. achieve 30 to 40% year-over-year growth.

Today, XP3 Talent is comprised of a close-knit team of five employees, each with a specific role that is crucial in helping their clients grow. Mike has brought on board people who align with XP3’s core values, have integrity and are passionate about helping others.

“One of the things you have to do to be a successful organization is to create an intentional culture rather than a haphazard one,” Mike says. “We help our clients make shifts in their culture to start making it more intentional, to create that kind of culture where people will want to crash through walls to get an opportunity to work for them.” 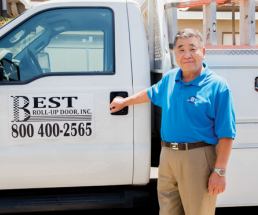 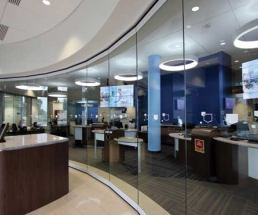 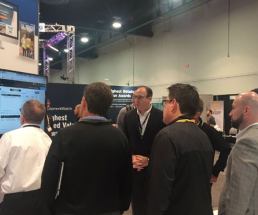